How Does A GPS Car Tracker Work? 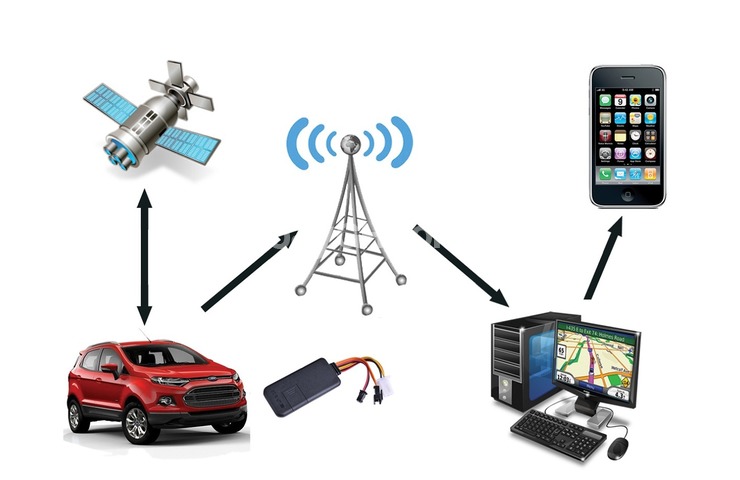 Global positioning system (GPS) trackers are devices used with the cellphones to track the movement of various vehicles including cars, trucks etc. It allows them to be monitored. It is of importance to fleet managers as it enables them to monitor trucks, so logistically, they are a winner all the way.

A GPS can be used by a company to track the progress of a delivery truck or by parents who want to keep tabs on their sons or daughters.

GPS receives satellite signals which are in turn processed by a receiver. These receivers monitor an exact location and evaluate velocity and time. The position can be recorded as 3D views via four GPS satellite signals.

The system comprises 27 earth-orbiting GPS satellites. There are 24 operational and 3 extra (which kick in should any of the others fail) satellites which orbit every 12 hours and send signals that are picked up by the GPS.

The system utilises trilateration, which means that it has a clear line of sight to four or more satellites. GPS is, therefore, ideal for surveying, transportation or military use – for which it was originally designed.

It’s incredible to think that a small gadget can tell someone exactly where you are on earth at any given moment. Remember the “eye in the sky” that proved so dangerous to Will Smith in Enemy of the State.

This tracked Smith to exact locations at any time of the night or day – and we all thought: “What clever science-fiction!” Well, that’s pretty much a reality today.

So, the solar-powered satellites orbit the earth at about 19 000 km in the sky, making two complete rotations every day. These orbits are organised that at least four satellites are within ‘eye contact’ anywhere at any time on earth.

The work that the GPS must do is locate four or more of these satellites, work out the distance to each, and utilise this information to pinpoint its own location. GPS is also the perfect tracking technology for large areas.

Every vehicle must have a GPS receiver so that the GPS satellites can track the position of the car or truck. With this device, the operator can request location at any time.

Good to have in a highjacking

While not all hidden vehicle trackers are minute, most are so small that they will not be noticed by someone who is not aware the device is there. If the car is highjacked, for instance, the highjacker would not be aware of the device, but the car could easily be located.

This is one of the main uses for the GPS for cars, and other uses include delivery and taxi dispatch, helping to find a parked car in a giant mall and by law enforcement officers.

If someone hides a passive GPS tracker on your car, the location of the car will never be available. All that a passive GPS does is record data, which could be examined once the device has been taken off the car.

Satellite technology for vehicles has come a long way, and these days is considered essential. In a country like South Africa, notorious for over 10,000 highjackings a year, a GPS device could be the ultimate solution.